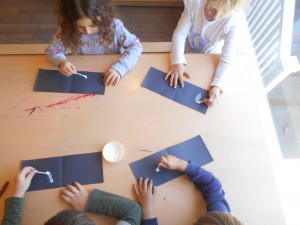 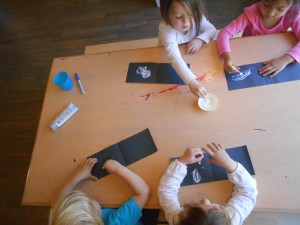 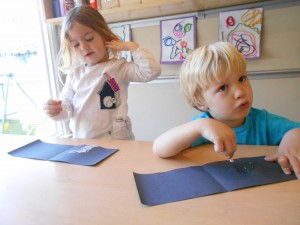 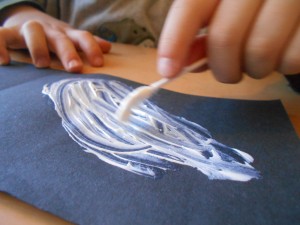 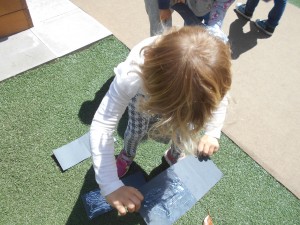 The children have been asking why is it so important to put on sunscreen before outside play. Some of the children do not like putting on sunscreen so i made it into activity so that the children had a better understanding. The children were asked to fold their black paper into two halves. Then they were asked to put sunscreen on one side. I asked the children what their predictions were if we put the sunscreen and leave their paper on the sun.The children said that the paper were fall apart.So they gave it a try and found out that the side with no sunscreen had turn into gray with discolored spots and the other side that had sunscreen was still the same color black.