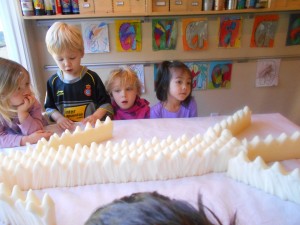 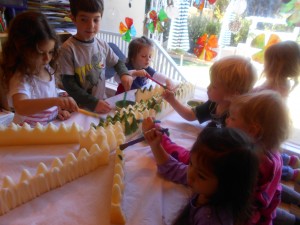 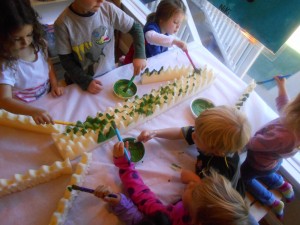 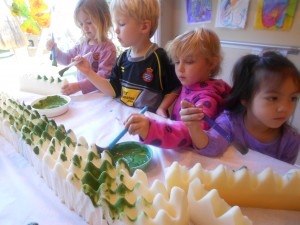 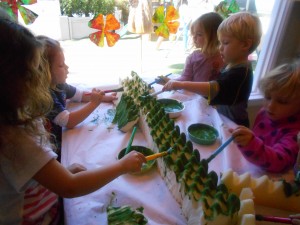 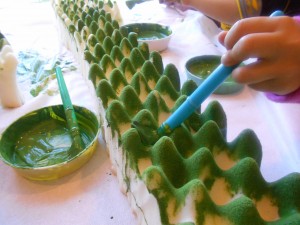 When the children arrived to school they saw this foam material from a mattress bed. I brought into the classroom and asked the children to touch it and asked for ideas to use it. They children had a first idea to lay them straight and they would use it as an exercise in which they had to walk on without touching the floor. The children got tired of exercising so they said they had a better idea which was to make a crocodile!! They decided on the colors and how they want the crocodile to look. It was such a great activity and they children practice to work a s a team!