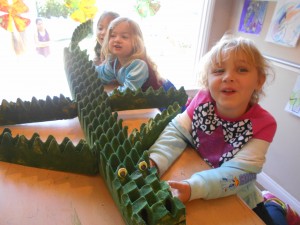 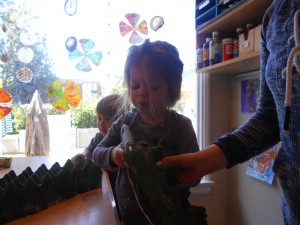 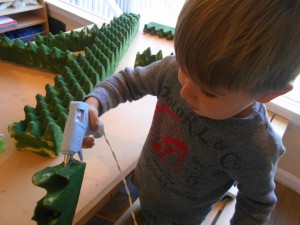 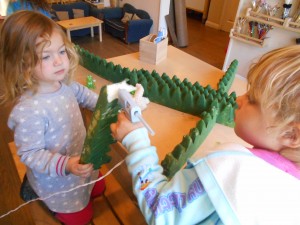 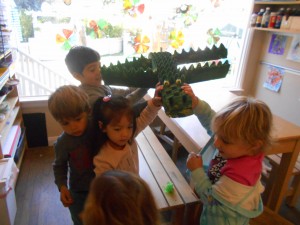 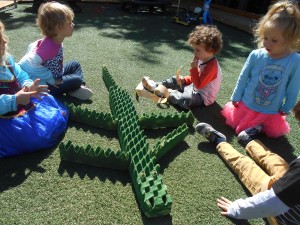 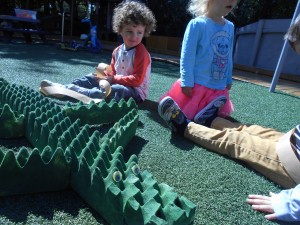 to
The children were excited to put Crocky’s legs and arms on him. The children used a hot glue gun and they were very careful and were great in following direction step by step. The children then noticed that Crocky was missing his eyes nose and mouth. So they glued on his eyes and drew his mouth and nose. The children love Crocky! This was a fun activity